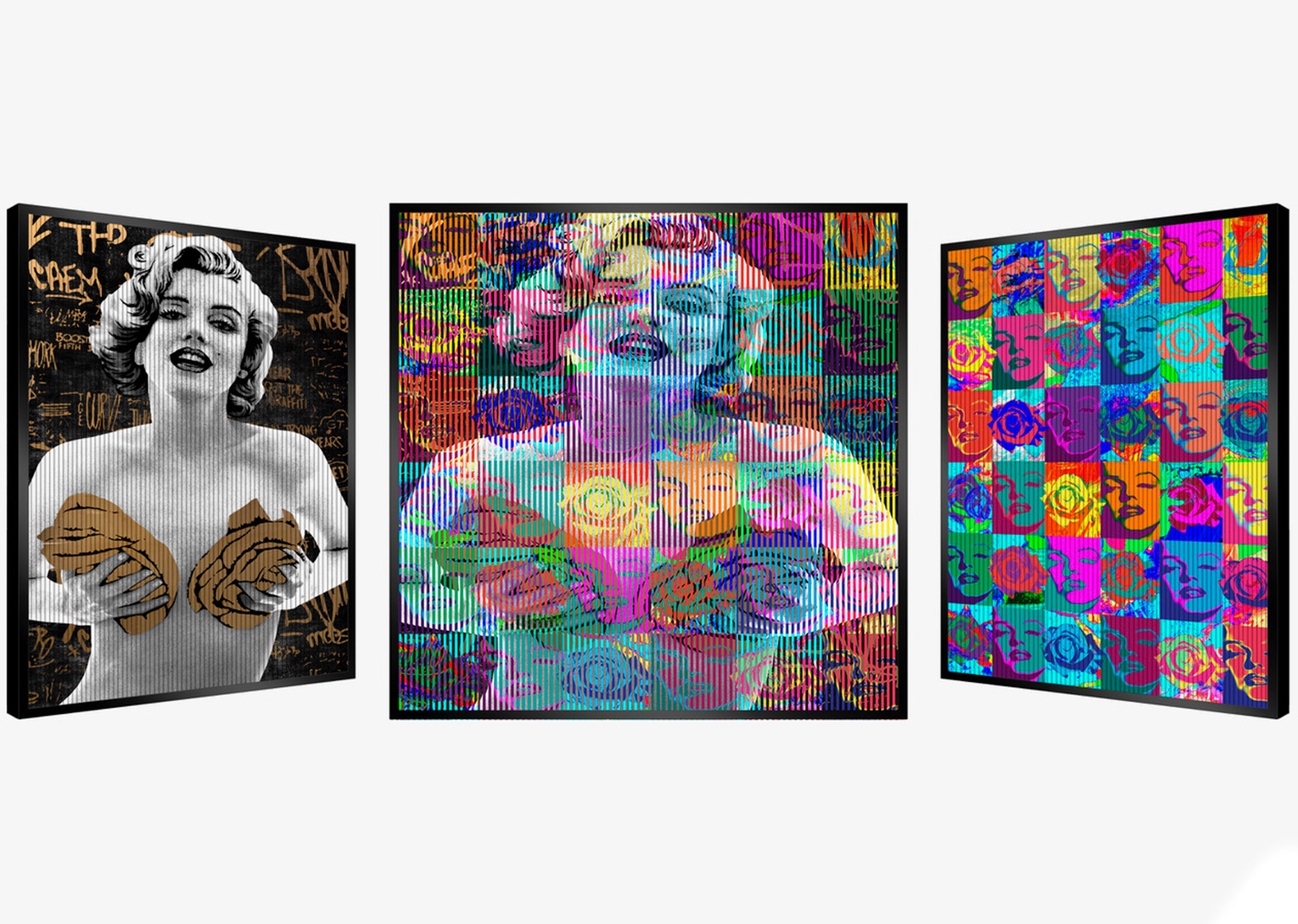 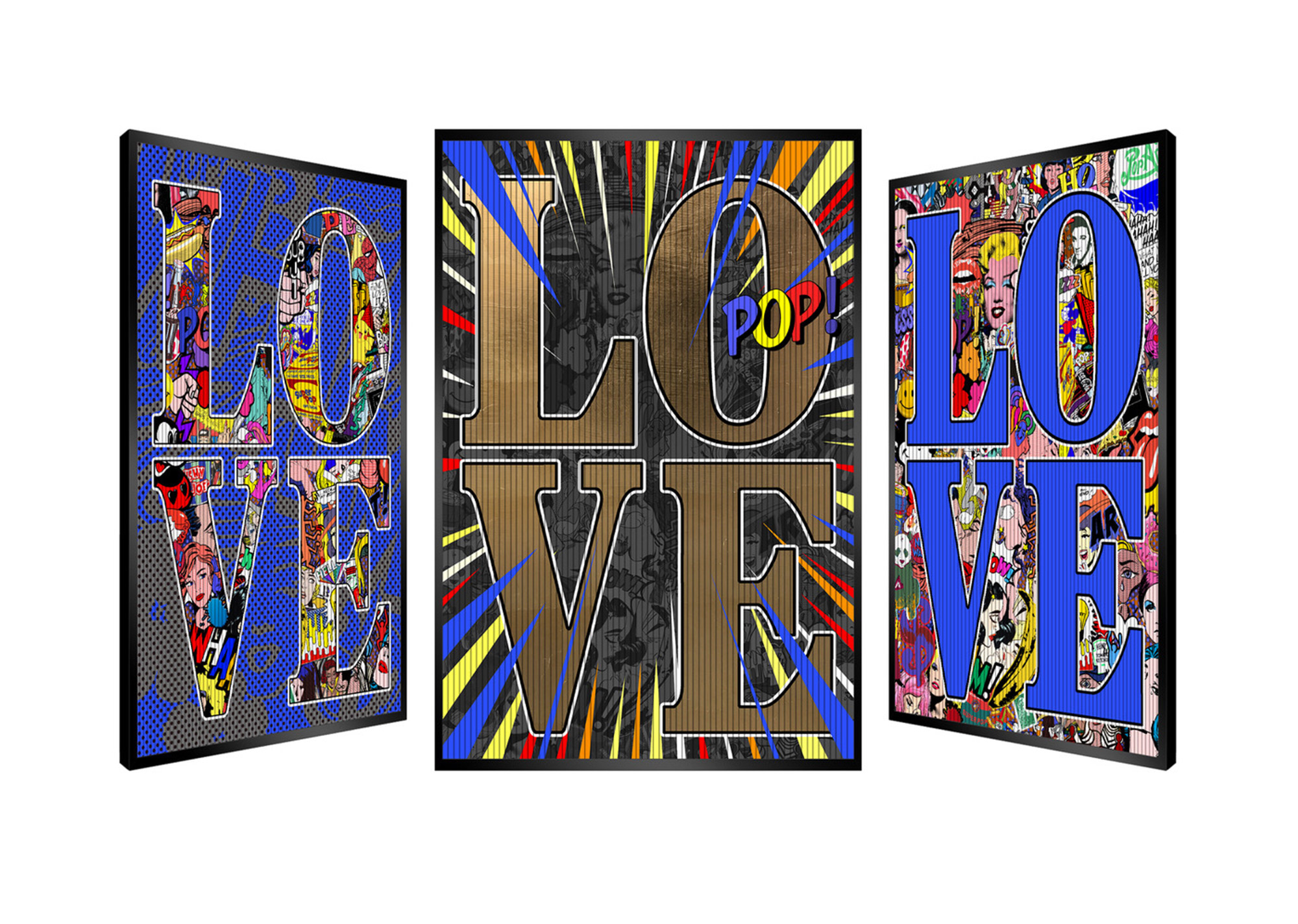 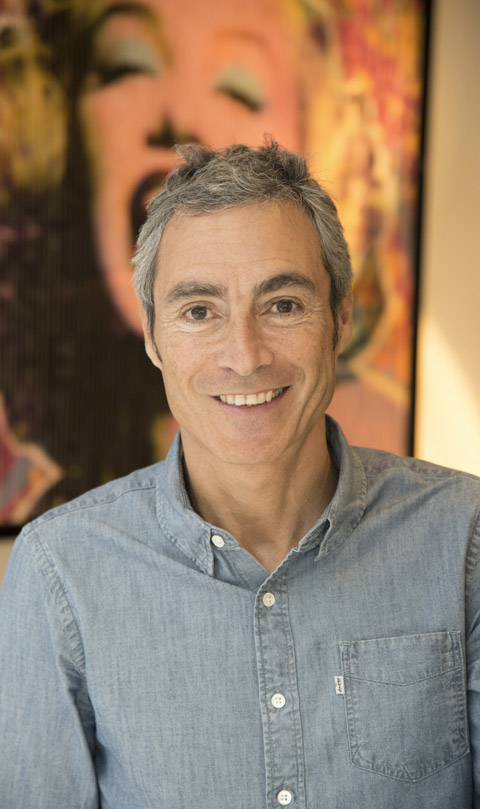 Patrick Rubinstein was born in 1960 in Paris. His childhood had a lasting impact on him and would later inspire his artistic expression. Paris saw the time of British rock, cinema and American pop.

Growing up in a family that made him perceptive to art at an early age, Patrick Rubinstein acquired the passion for cinema from his mother, and inherited the inventive spirit from his father, who was also the first to introduce to him the techniques of kinetic art. This initiation and culture from his youth would be pivotal for his future artistic creation.

The artist draws his themes from both the past and the present. He meticulously sculpts and refines his artworks like a goldsmith. The outcome is mesmerizing: Patrick Rubinstein presents the viewer with a futurist and avant-gardist artwork.

At the age of 18 he sold his first artwork. Never ceased to innovate, it was not until many years later that the artist perfected his technique and artistic expression to present the internationally acclaimed artworks of today.

Patrick Rubinstein presents an artistic style that unites the principles of optical art and kinetic art, thus maximizing on the intricate sophistication of the eye.

The pioneers of this art had created their artistic expression based on geometric abstraction.

Patrick Rubinstein reinterprets the style. Without renouncing the interest in optical play, he chose figuration as expression. His source of inspiration is diverse, traversing that of contemporary art, pop art and street art.

Patrick Rubinstein never ceases to surprise. He continuously renews his sources of inspiration, while perpetually innovates his techniques, to present a multifaceted art.

The Double Principle depicts the fusion of two images designed to blend into one. This newly merged image is applied on a medium in accordion configuration. The application on this medium recreates, at 45° angle, the two original images that can be seen from both sides. Several other images, revealed through interlacing of the two views, become visible as spectator moves around the artwork.

The Triple Principle depicts three images, one central and two laterals. The side views are created by strips inserted perpendicular to the central image. Two distinct images are visible, from both sides at 45° angle. This technique allows visual variations when the spectator moves around the work, while maintaining defined sight of the central image. The result of these two techniques is captivating, giving the artworks an animated and perpetually renewed aspect. The movement is not the only element that affects visual variation, but the light direction and intensity also contribute to the artwork’s kinetic effect.

While Patrick Rubinstein can be described as a kinetic pop artist, it is difficult to categorize him into a particular movement. The fact that he draws inspiration from diverse sources makes him an artist unlike any other. Nonetheless, we can still identify three major styles:

The ‘Exception’ Artworks of Patrick Rubinstein marked a turning point in the artist’s artistic trajectory.

Far from the explosion of colors that had characterized his earlier creations, the artist presents a work with subdued tone composed of monochrome palette. Yet, not the least monotonous, the colors are contrasted by a precious lace of materials, resulting in new optical effects.

The gold and silver features accentuate the artworks with distinctive luxurious allure, extending the kinetic dynamic. The natural light variations on these materials also alter the visual perception of the artwork according to their intensity. The kinetic effect is further amplified through the artwork’s monumental dimensions. The artist retraces to the pioneer origins of optical art through the subject matters presented in his creations.

Without parting from the pop roots that inspire the artist, Patrick Rubinstein evolves towards an artwork of maturity, affirming his position as one of the leading contemporary artists today.

The ‘Collection’ Artworks are best known to have granted the artist’s immense success. Patrick Rubinstein pays tribute to the most renowned icons form the second half of 20th century; he indulges in the colored universe of pop of the 1960’s, immerses in the black and white glamor of the 50’s, and plunges in the anarchic madness of street art from the 80’s to present. The artist constructs the artworks in similar spirit as that of Andy Warhol and Robert Indiana, reasserting the philosophy that art should provoke a universal emotion.

The ‘Edition’ Artworks
Distinctly pop, Patrick Rubinstein’s ‘Edition’ artworks are characterized by visual and kinetic optimization adapted to small formats. Transportable, accessible, signed and numbered, these limited-edition artworks are created without compromise on the quality.