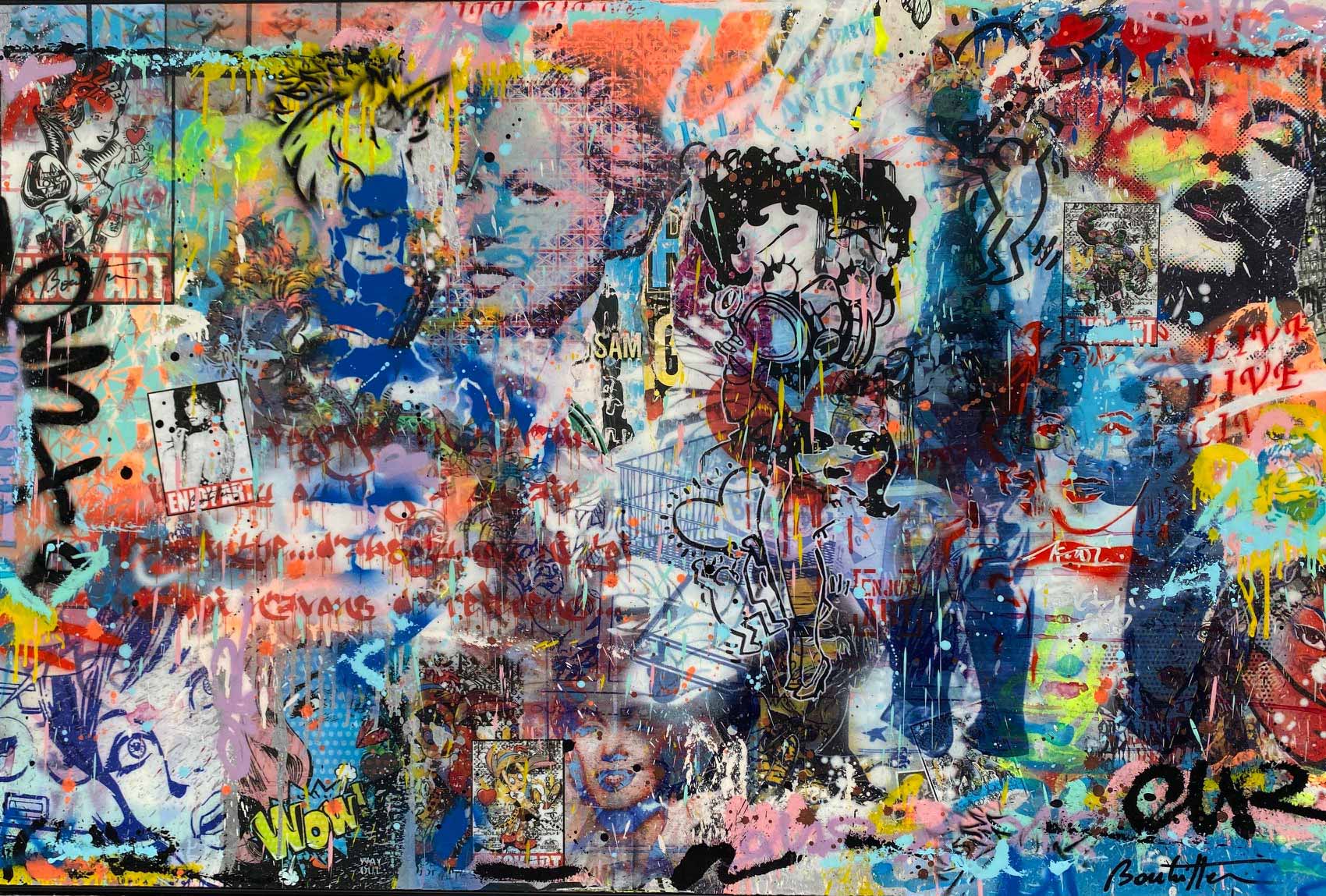 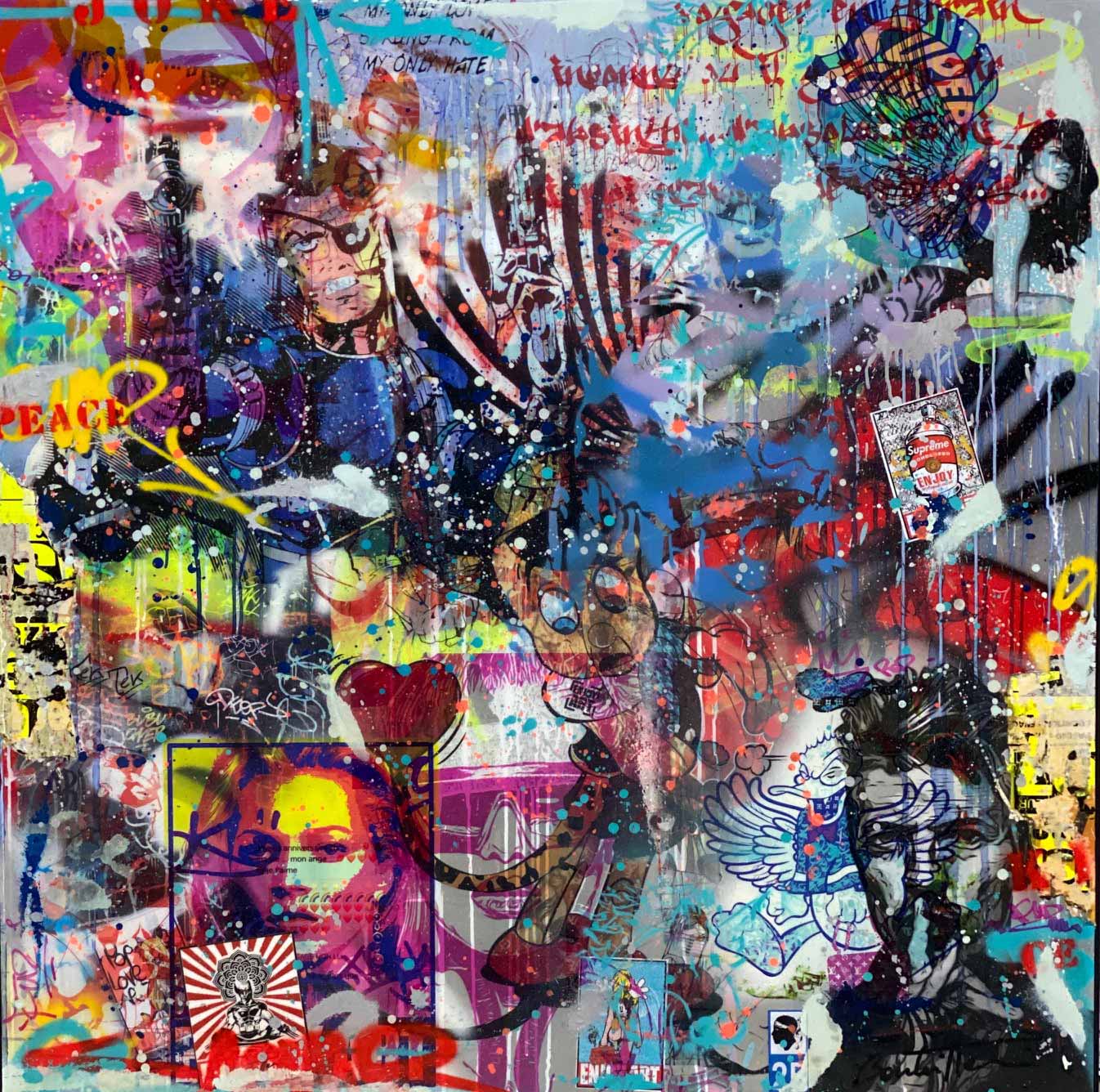 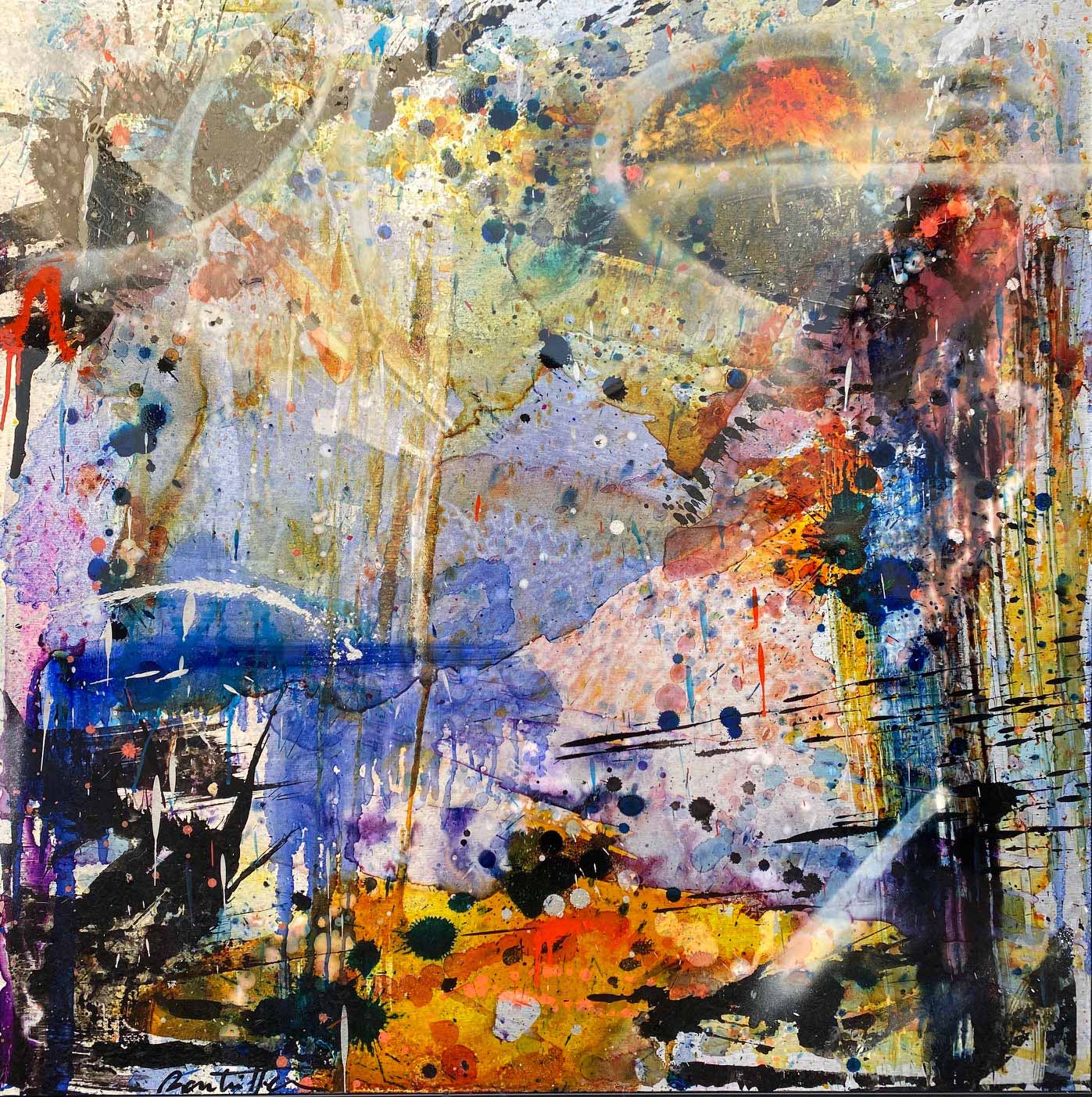 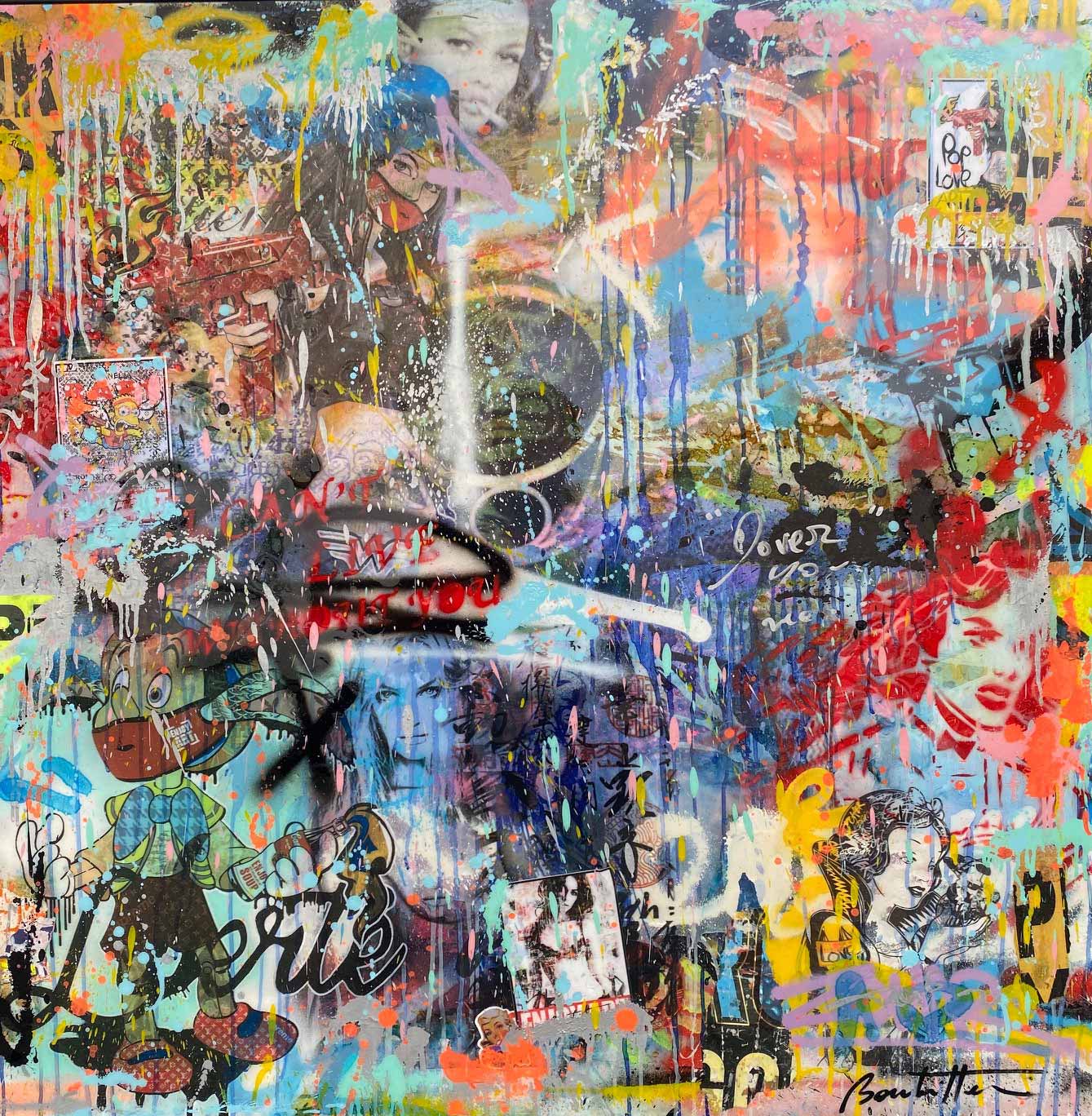 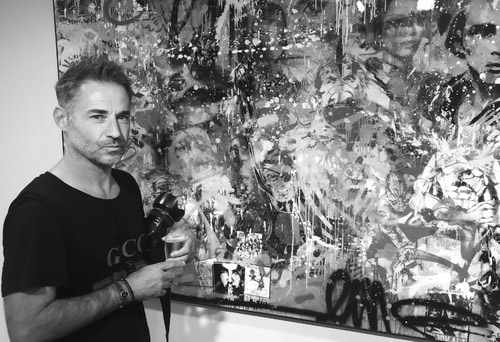 Cédric Bouteiller was born in 1970, in Rognac, France. He lives and works in the South of France.

Bouteiller studied plastic arts and philosophy at the University of Aix-en-Provence, before starting to travel around in New York, London, Paris, Tokyo and Shanghai.

In 2009, when he exhibited in the Galerie DX in Bordeaux, he gets closer to the Street Art. From this form of Art, Cédric Bouteiller takes symbols, graffiti, stencils and posters. His artworks are composed by printed images, collages, drawings and tags on brush aluminium covered with a translucent resin. His artistic expression is a combination of different techniques, a mixture of modern photographic perspective, contemporary painting, graffiti, digital art and collage.

The inspiration of Cédric Bouteiller comes from Anthony Tŕpies and Pierre Alechinsky. When he moved to Arles, he also focuses on Picasso art and Cocteau literature.

Cédric Bouteiller gathers different images and memories about his travels, which embellished his artworks. The artist shows a visionary urban view of the cities that he visited.

Bouteiller is an alchemist, too. A mystic alchemy transcending his human condition, a mystic alchemy raising his conscience; the artist speculates on the oxidization of the substance, the stiffening of the plasticizer, the evaporation of the painting.